Calm after the Storm

Posted on July 11, 2017 by healthyhappynaturopathy 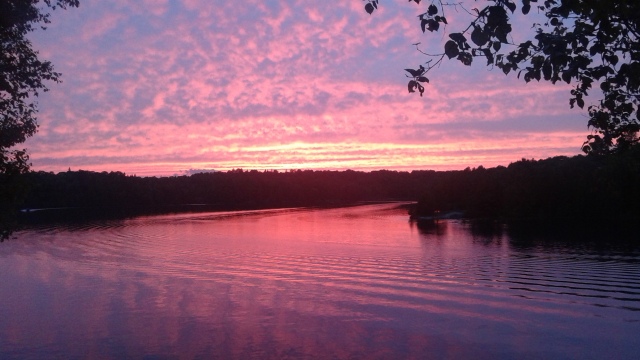 It was an interesting, and intense, weekend with the turmoil cosmic energy of the “Thunder moon” and corresponding stormy environment.  I recall a conversation with a friend I had that struck me.  She had been feeling anxious at night and went outside hoping for a storm or rain as that would calm her mood.  That’s an interesting concept – the calming power of chaotic (or “uncalm”) weather.  Think of what it’s like before a storm – high winds, rain, hail, thunder, lightning – analogous to mother nature having  a temper tantrum (even the word “temper” means to create a force in opposition to the current force to create a balanced or desirable effect).  After the storm there is a sense of calm.  The sun peaks out, the flowers and trees glisten, it smells amazing, and we relish and restore in the calamity of the after storm.  Does it appear calm because we are comparing the current weather to that previously and by comparison it feels calm?  Or is it more metaphysical in that the storm is symbolic to a release of emotions (as the shed of water is analogous to a shed of emotion) or a break in even temperament (ie  break in the weather)?

This weekend I felt like I had a bit of a break down.  The English language is so fascinating in that words and phrases can have physical or emotional meanings.  To “break down” could mean to physically break into smaller building blocks, or, emotionally to have a break in your typical personality and allow for expression of emotion in contrast to your typical (or expected) demeanor.  The peculiar thing was that after this break down (or release of emotions), I felt much calmer.  Also, I had learned an incredibly valuable lesson which has helped me heal and grow as a person.

Back to the phrase “break down”.  Biologically it makes sense – things need to break down in order to renew.  When we exercise, our muscular tissue breaks down in order to remodel for greater muscle mass and definition.  Cells, the smallest living units, will naturally break down, or split, when they get too large or run out of nutrients.  The cellular material is then recycled to create new cells and allow for biological growth.  Organisms will break down after death into its simplest organic forms to create soil and nutrients in order to feed other organisms.  Even tree and flowers must be pruned (or cut) to facilitate growth.  If we were to have nothing but growth and no rest than we would completely exhaust and expire as we would run out of energy to sustain the growth.  Hence, we need calm in order to grow.  And we need turmoil (or emotion/expression) to have calm. 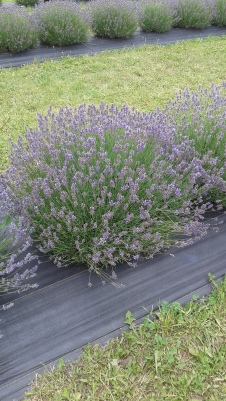 chaotic) environment whilst visiting the lavender fields in Niagara yesterday for a well deserved day-cation.  Lavender is a stunning plant with numerous culinary and medicinal uses.  Most fascinating is how Lavender grows – in a rocky climate with little hydration and full sun.  Considering the environment it can survive in, it’s quite a resilient plant! Medicinally, Lavender is a nervine and anti-spasmodic (helping with anxiety, sleep, headaches etc.).  In general terms it’s a calming herb.  Possibly it created it’s calming properties in order to adapt to it’s harsh environment, or it’s calming properties selected for that type of environment.  Herbs are incredibly intelligent – they create medicinal properties in response (and opposition) to environmental stressors.  Just like us – in response to stressors we develop skills and characteristics in order to deal with said stressors.

We become resilient, not silent.

We become calm, not numb.

It is in the presence, not absence, of stress that we express and embrace true calm.

I am a board certified and licensed Naturopathic Doctor working in Newmarket and Maple, Ontario I am an advocate of individualized and specialized medicine, about treating individuals as a whole, and evoking our own healing properties. To me, being happy is being healthy, and health flourishes with a positive mindset.
View all posts by healthyhappynaturopathy →
This entry was posted in Theme of the month and tagged biology, empowerment, environment, Growth, health, herbal medicine, Herbs, lavender, life, lifestyle, Mindfulness, nature, Naturopathy, resilience, storm, stress, truth, Wellness. Bookmark the permalink.