Posted on December 12, 2012 by healthyhappynaturopathy

So I started this blog exactly one year ago, on my birthday last year (out of procrastination because I did not want to study for my exam the next day). When people ask me what I got for my birthday, I answer “the gift of life” (except when I was more materialistic as a child and I would respond with some popular sparkly toy thing!). Life is the greatest gift we can get, and we should celebrate it every year.   This birthday is incredibly special to me as it is 12/12/12 …. and that’s just too cool of a date to have a birthday!  Okay, enough about me and my excitement about the number 12 (it’s a magical number, the lowest number that is divisible by 6 factors) and on to my subject – cycles. 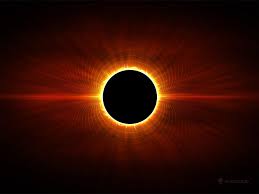 Our lives are full of cycles.  A birth date itself is a cycle – it is a solar cycle in which the sun is in the exact same position as when you were born.  To me, a birth date is the start of a new year (rather than New Year’s), it’s the end of the cycle (the old age) but also the beginning of the cycle (the new age) where you are constantly growing but stop to reflect on all the other start/stops of the cycle (ie all your ages before).  You find your self reflecting on the past birthday, past ages, how they were and how you have grown (or not grown).  That is a cycle itself! From birth to death is also a cycle – we are born, grow (from toddler to adolescent), mature (have careers, families, etc.), decline (retire, grow old, physically decline) and at the end of life we are similar to as we mentally/physically were as a baby (for those of us that have the privilege of living long enough to grow older and decline) and eventually are born again and carry on with another turn of the cycle.

In a different mental/emotional context, cycles can be equivalent to themes in our lives.  We experience similar events with the same theme,  constantly cycling (I believe they call it the “groundhog day” effect) until we learn from that theme and change our thought patterns (know as “breaking the cycle”).  For example, a girl whom thinks she is being constantly judged by her peers because she was bullied by “perfect popular” girls as a child.  In life, she will feel constantly persecuted by “perfect” women, and her fear of being judged will put out a preconceived judgemental energy (a defense mechanism) to female strangers, whom in turn will treat her negatively in response to her actions (fulfilling her preconceived notions) – a “vicious” cycle.  Only when the girl realizes she is the one creating the cycle with her own mindset, can she change this cycle and switch to a higher energy positive cycle or mindset.  I think of the scientific analogy of an atom with electrons in orbit.  At the same energy level, the electron remains in that orbit (or cycle).  Add a boost of energy (the awareness of the cycle, or positive thought) and the electron jumps a “quantum” (determined by a critical numerical value pocket of energy) to higher energy and a higher functioning orbit (or new thought pattern or higher function cycle).  Though awareness and positivity, there comes enlightenment and higher functioning.  This is the basis of quantum physics (ie the “physics of possibilities).  Metaphysically, through awareness of the low functioning cycle (the “ahhhhh” moment) we create a quantum of energy to bring us to a higher functioning (awareness) state and different enlightened mindset.

To sum up – the world is full of cycles.  I can come up with hundreds of different examples… but my hand is starting to cramp from typing! Being aware of the possibility of cycles (and themes) will able you to see them more clearly in the world and in your lives (awareness and energy/positivity) is key.  Another world cycle is also ending – “the Age of Pisces”.  Beginning December 21 2012, is the start of “the Age of Aquarius”.  Many hypothesis that this date will be the end of the world (sparking many badly titled and produced disaster movies)…. although actually it is approaching the beginning of the cycle again (as everything is cycles, an end is a new beginning) but at a heighten state or higher functioning state.  Hence why it is going to be a new era of consciousness, and a lot of change will commence these next 9 days (from 12/12/12 – 12/21/12).

To celebrate, over the next 12 days I’ll be writing a daily blog on themes/words I find most important in this world.  Happy 12/12/12 everyone!

I am a board certified and licensed Naturopathic Doctor working in Newmarket and Maple, Ontario I am an advocate of individualized and specialized medicine, about treating individuals as a whole, and evoking our own healing properties. To me, being happy is being healthy, and health flourishes with a positive mindset.
View all posts by healthyhappynaturopathy →
This entry was posted in Theme of the month, Things that make me happy and tagged breaking the cycle, solar cycle, thought patterns. Bookmark the permalink.