Every end is a new beginning

Posted on September 13, 2012 by healthyhappynaturopathy 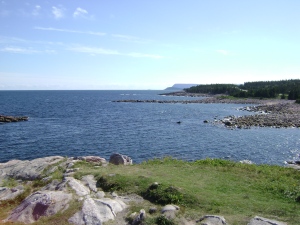 For the first time in 25 years (yes I know, I’m admitting my age) I awoke on the first day of school and slept in.  It was the first school year that I didn’t have to go to school, because I had graduated and finished my academic education (not my learning though, that will never end!).  Although this revelation should have exhilarated me, I was slightly saddened.  It was the end of an era, and I don’t do well usually with ends (I also am not a fan of saying goodbye as well).  Then I realized that everything is circular, truly, and that where there is an end, there is a start of a new beginning.  So comes the academic ending, what follows is the career beginning (a new 25 year cycle!).

In another thought, and because I am academic-year primed, I truly feel as though the beginning of the year starts in September (yes, I know that goes against the calendar!).  But think of it, everything is different in September.  Mindsets change, goals change, schedules change, the environment changes and a palpable shift is felt through out.  Immune systems are tested (hence the ever popular fall detoxes and starting adaptogens again).  Possibly there is a link between depressed immune systems and academic studying (as people strain their minds they strain their immune systems) – but this is a subject for a separate blog entry! September is the end of summer and start of a new journey, hence a new cycle or new year (perhaps we should also celebrate the beginning of September like we do January?).

With this new attitude of embracing September and having a new gained respect for my academic history,  I did something out of character.  When I received my Western gazette in the mail (I was fortunate enough to do my undergraduate at Western) instead of toss it in the recycle, as I use to do, I actually read it.  In the editors notes was an interesting thought that I’ve been pondering since.  Although you’ve finished your undergrad with no regrets (it’s an alumni magazine), what advice (as you now) would you have given your 17 year old self? This is truly an excellent question to ponder.  It not only makes you look back to see how much you’ve grown, but also helps you stream line some important points of wisdom (yes, I know this post isn’t very streamlined and more of a ramble, but I’m getting to a point).

What would you tell your 17 year-old self?

I would tell her to be her self, and not apologize for it.  To know her worth does not come from academic performance.  To not compare her self to others, and not to her self.  To learn from her mistakes and forgive her self for making mistakes.  To take risks and not be afraid of taking risks.  And most importantly, she is responsible for her own happiness.

Note – photo is taken from cape breton, nova scotia (the best place for a new beginning!)

I am a board certified and licensed Naturopathic Doctor working in Newmarket and Maple, Ontario I am an advocate of individualized and specialized medicine, about treating individuals as a whole, and evoking our own healing properties. To me, being happy is being healthy, and health flourishes with a positive mindset.
View all posts by healthyhappynaturopathy →
This entry was posted in Theme of the month and tagged new journey, western gazette. Bookmark the permalink.